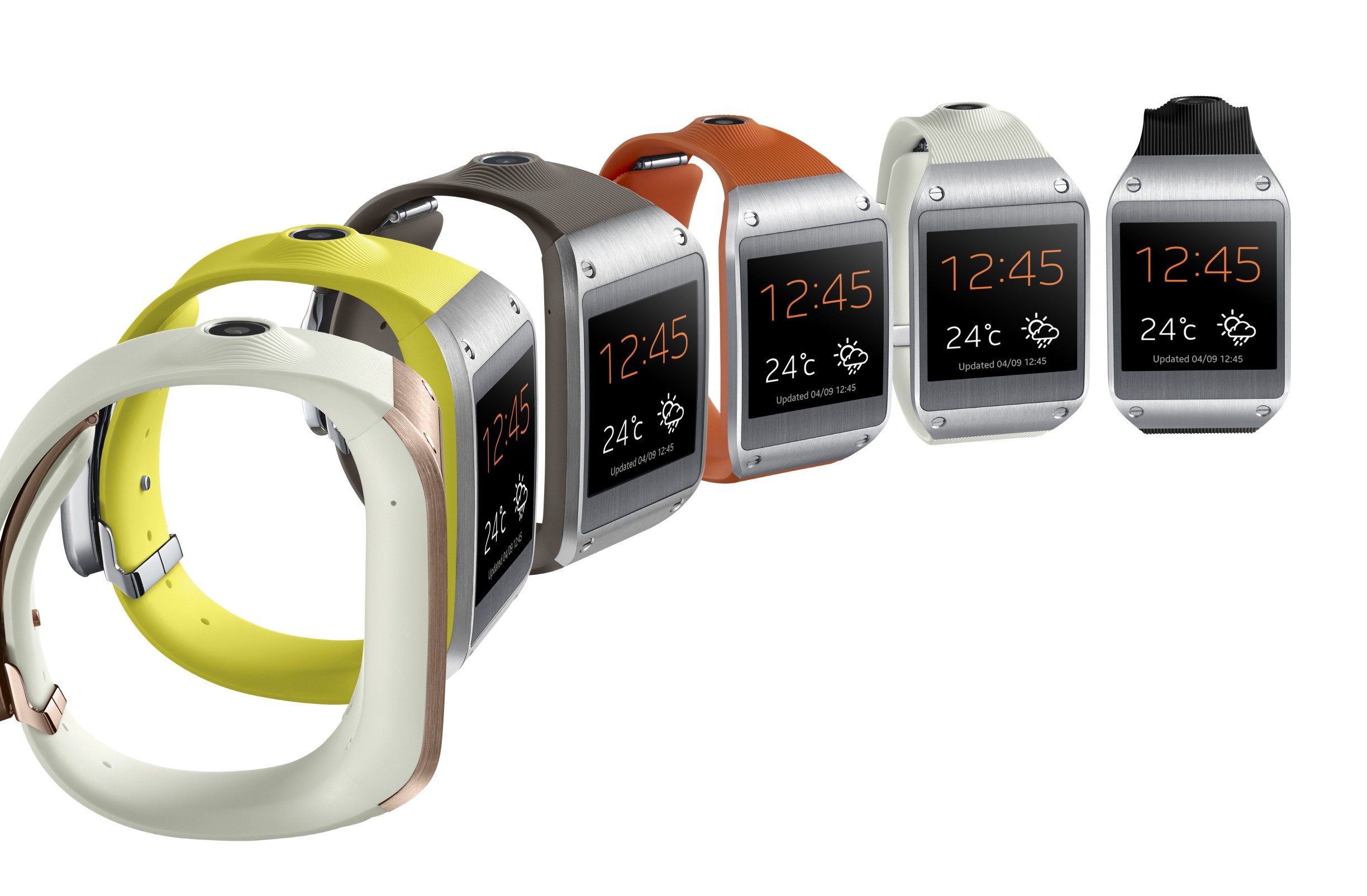 The watch’s glass face is like a small smartphone display — swipes to the right or left on the glass scroll through different pages, allowing access to different apps and features. If you want to open one, like the pedometer, gallery of images and videos or media controller, simply tap the display once you’ve scrolled to that app.

A swipe on the glass from top to bottom serves as a “back” button in most apps, although if the default clock face with the time and weather is displayed, that swipe activates the 1.9-megapixel camera on the wristband. A swipe up when the time and weather are displayed gives you a dial pad to make calls. It may sound like a lot to remember, but it’s actually intuitive and you get used to it quickly. And looking down in the morning and seeing the temperature on your wrist — and then giving a tap for a detailed report — is pretty cool.

There are several negatives to this watch. The watch only works with the Galaxy Note 3, the new “phablet” slated to be released in the coming weeks, costing $300 to $350 (with a two-year contract). CNET reports that other Samsung Galaxy devices will be compatible with Gear by the end of the year.

The Galaxy Gear is also; scrolling through the menu items, taking pictures and S-Voice seems to lag.

If I got a text message, the phone would buzz in my pocket several seconds before I got a notification on the watch.

You can get texts, but not picture messages. You can take pictures with Galaxy Gear — and they’re decent pictures — but you have to transfer them to your phone before you can send them to anyone.

When text message arrives, you can choose to respond by either calling or using S-Voice.

The watch, of course, can also be used as a phone, thanks to a speaker and microphone on the wrist band. But remember — it’s connected to your smartphone via Bluetooth, so your smartphone is actually the device using the network. You can choose to have the volume low and talk into your wrist Dick Tracy-style, or raise the volume and use it more like a speaker phone. Samsung representatives explained that it’s the type of feature that would be used if you needed to answer a call while driving, although I think that the type of person who would spend $300 on a first generation smartwatch may also have a car that’s equipped with a Bluetooth hands-free system, which is far superior.

The concept of the watch is great, and smartwatches will one day become as ubiquitous as smartphones are today, but not this watch.

In the end, the $300 price tag is not worth it on a first-generation smartwatch that doesn’t work very well

Let’s see what Apple comes back with.